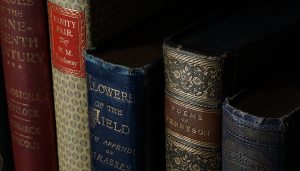 Occasionally, I’ve read book reviews where the critic says the author had too many characters. Though in some cases this criticism has validity, in my opinion “too many characters” isn’t always a valid point. A book that has a host of characters is neither good nor bad. The same goes for a book peopled by a mere handful. Everything depends on how well it’s written and its genre.

If a book describes itself as an epic or a saga, then expect lots of characters. One of my favorite writers whose books contain a large cast is James Michener. Numerous bestselling authors other than Michener can be cited as well: Margaret Mitchell, Colleen McCullough, and even Louis L’Amour’s last novel set during the Middle Ages, The Walking Drum, falls into this large cast category.

Whether readers enjoy a lot of characters or a few, it’s all a matter of style and taste. In short, it’s a reader’s preference.

However, if we write books using lots of characters, we do well to consider the following:

2. Try to reduce the number of characters in your story. One way to do this is to ask yourself this question: Is the character really important to the story? If not, either get rid of that character or make him/her a nameless walk-on character, or merge him/her into another, more important character.

3. Use a Cast of Characters chart. Write a list of all the novel’s key players and then publish them on the book’s opening pages. That way, if a reader gets lost or confused, he/she can refer to it.

See everyone again next week. Keep those laptop keys hopping!

2 thoughts on “Too Many Characters?”